American and European options have a lot of things in common, but the differences are significant, so it’s essential to understand which style is applied to the trade.
The main difference is that owners of American-style options may exercise these contracts at any time up until expiration. European options, on the other hand, may only be exercised at expiration.

Any stock that has options, index funds, and all exchange-traded funds (ETFs) trade with American-style option contracts. American index options expire on the third Friday of each month, with only a couple exceptions. These include index options that expire weekly at the end of the trading day on Wednesday and Friday. They also include quarterly options that trade until the last trading day of that quarter.
If an option is in the money and is subject to auto-exercise, that option will be exercised if it’s in the money by one cent or more when it expires unless the option owner requests the option not get exercised. The settlement price for the exercised option is the closing price of that stock, ETF, or index. After-hours trading does not factor into the price.
American-style option contracts are pretty straightforward. If a stock is trading $50.10 with one minute to go before the options expire, the 50-strike price puts will expire worthless while the calls will be $.10 in the money. If a trader has a short position in the calls, they may repurchase these calls so that they don’t get exercised and forced to take a short position in the stock.
If a trader does hold in the money options during expiration, the transfer of the asset or stock will be exchanged for cash once the options expire.

European options halt trading at the close of the market on the Thursday before the third Friday of the month. However, the settlement price is not determined until the market opens on Friday. The actual settlement price may come as somewhat of a surprise if something significant happens between the Thursday close and the Friday open. It can also take several hours into the session on Friday before the settlement price is established and published.
Because there is a dead period between Thursday’s close and Friday’s open to established the settlement price on expiration, if the option is just barely out of the money, it’s not a bad idea to hold onto the options and hope something significant happens to move the price in the trader’s favor. However, most of the time, options will expire worthless.
Likewise, options that are in the money, but close to the strike price, have significant risk during expiration of moving out of the money during the dead zone between Thursday’s close and Friday’s open. However, just as likely as the price is to run against a trader, they could just as easily move to benefit the trader, even doubling or tripling profits.
With European-style options no shares exchange hands for in the money options during expiration. Instead, the option owner  receives the cash value that is equal to the options intrinsic value. 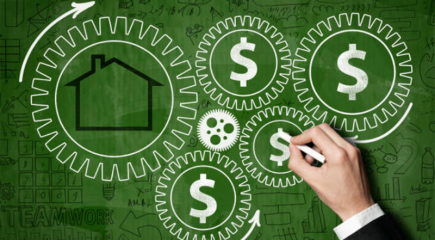 How to Trade Options – The Fundamentals