Should You Buy a Luxury Vehicle?

I want to introduce you to two long-time childhood friends, Bob and Jack, both are 25 years old and have been working in their newly founded careers for less than two years. They both were lucky enough to get similar decent-paying jobs out of college. The question is, who is going to have a more fulfilling life? The choices they make today will have a lasting impression on their future.

Jack wants to celebrate his new successful career by purchasing a $50,000 luxury vehicle. Jack has worked hard his whole life, and he feels he deserves to buy something fancy for himself. He will do so by putting the $10,000 he has saved down and financing the $40,000 balance. On the other hand, Bob has decided to buy a $7000 used car and save the rest of his earnings.

Now Jack gets to drive around town looking like a big shot, then over to all his buddies’ houses to show off his new purchase, where everyone tells him what a sweet ride he’s got. Bob watches while Jack gets all the praise for his shiny new ride while Bob gets little praise, if any, for his older used vehicle. The fact is Jack feels like a success and wants to show off his success, at least for the first couple of years. However, let me break this scenario down…

Jack will spend the next five years paying off this vehicle, putting another $45,000 into his car, including interest. Once it’s paid off, he will likely get another five years out of his vehicle until he decides it’s too old and wants to get another luxury car so he can show off once again. At this point, he sells his ten-year-old car for roughly $9,000.

On the other hand, Bob took what money he could afford and purchased a modest $7000 vehicle and invested the same money jack had used to make his car payments over the same time frame. This means Bob started his investment account with $3000 and made monthly deposits of $800 for five years. Of course, in reality, Bob was brilliant and continued to make $800 a month payments after the five years was up, but I only want to compare the same years Jack was investing in his car until he decided to sell. This makes the comparison fair.

We know how Jack’s decision went. He got to look like the man for a couple of years until his car that was once new is now just another older vehicle on the road. His investment of $55,000 has shrunk to just $9,000.

But what about Bob? Well, fortunately, Bob is doing a little bit better. Bob’s initial investment of $3000 along with $800 a month at an annual 10% rate of return has netted him $66,885 after just five years. But Bob is not done yet. He will let that $66,885 compound for another five years at a 10% annual rate until Jack sells his car.

Ten years after the initial purchase, Jack is happy. He just sold his ten-year-old car for $9000 and is heading to the bank while he thinks about what type of luxury vehicle he wants to finance next. However, Jack does not know that Bob’s same investment over the same time frame is now worth $109,137. Bob’s decision to invest his money and buy a cheaper used car leads him to have a net worth of over $100,000 more than his friend Jack by the age of 35.

Fortunately for Bob, he kept saving and making good choices beyond this example, and he’s already thinking about retirement in the next few years.

So back to the original question, who is going to live a more fulfilling life? If you answered Jack, then this article is not for you. If you answered Bob, you’re in the right place, and I am happy to show you how to make a lot more than 10% on your money by making wise investment decisions.

Making the right financial decisions is how you succeed in life. Get our free book on our triple attack system and see how we invest the market by selecting the right stock, then combining that with dividends and options premium to make substantially more than 10% a year. If you’re ready to take your portfolio to the next level, get started here. 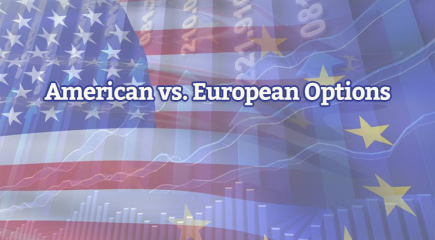