No one who shares a delusion ever recognizes it as such.”― Sigmund Freud

Stocks hit an all-time high this week for the first time since July. The Federal Reserve cut interest rates for a third time as expected on Wednesday. On Friday, the October Jobs report came in much stronger than expected. A 128,000 jobs were created last month even with the strike at General Motors (GM) accounting for over a 40,000 jobs decrease for jobs in the auto parts and manufacturing sector. The overall jobs number far exceeded the 75,000 jobs number expected.

The unemployment rate remains near half a century low and is at the lowest rate ever measured for African-Americans. Wage growth also ticked up to three percent on an annual basis. We are now approximate 70% through third quarter earnings reporting season for the S&P 500. Overall, profits have been slightly better than expected and should show an approximate 2.5% decline for the quarter when all is said and done. Earnings growth should resume in the first and second quarter of next year, which investors seem to be anticipating by bidding up equities.

So what stocks are insiders still buying even as the market hits all-time highs? Here are three names that caught our eye.

Let’s start with Calithera Biosciences (CALA) which rose some 15% in trading on Friday. This small cap biotech concern is based just outside of San Francisco and focuses on the discovery and development of small molecule drugs directed against tumor metabolism and tumor immunology targets for the treatment of cancer. 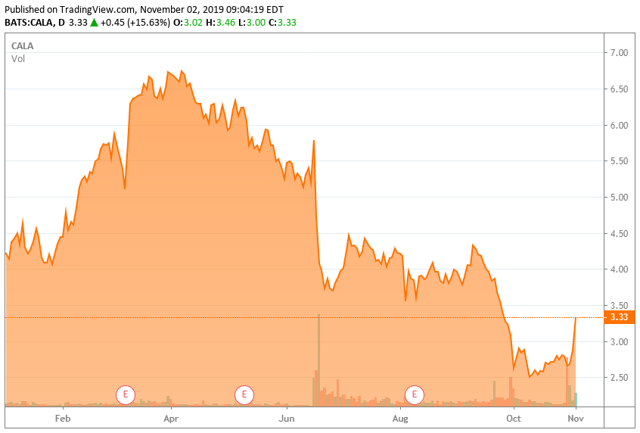 Even with Friday’s rally, the stock sells for half its levels at the end of the first quarter of this year. A beneficial owner definitely has high hopes for the company based on the half dozen buys he made on October 29th and October 30th. The CEO bought $200,000 worth of shares at higher levels in June as did another director, which were the first insider buys in this name since March of 2017. 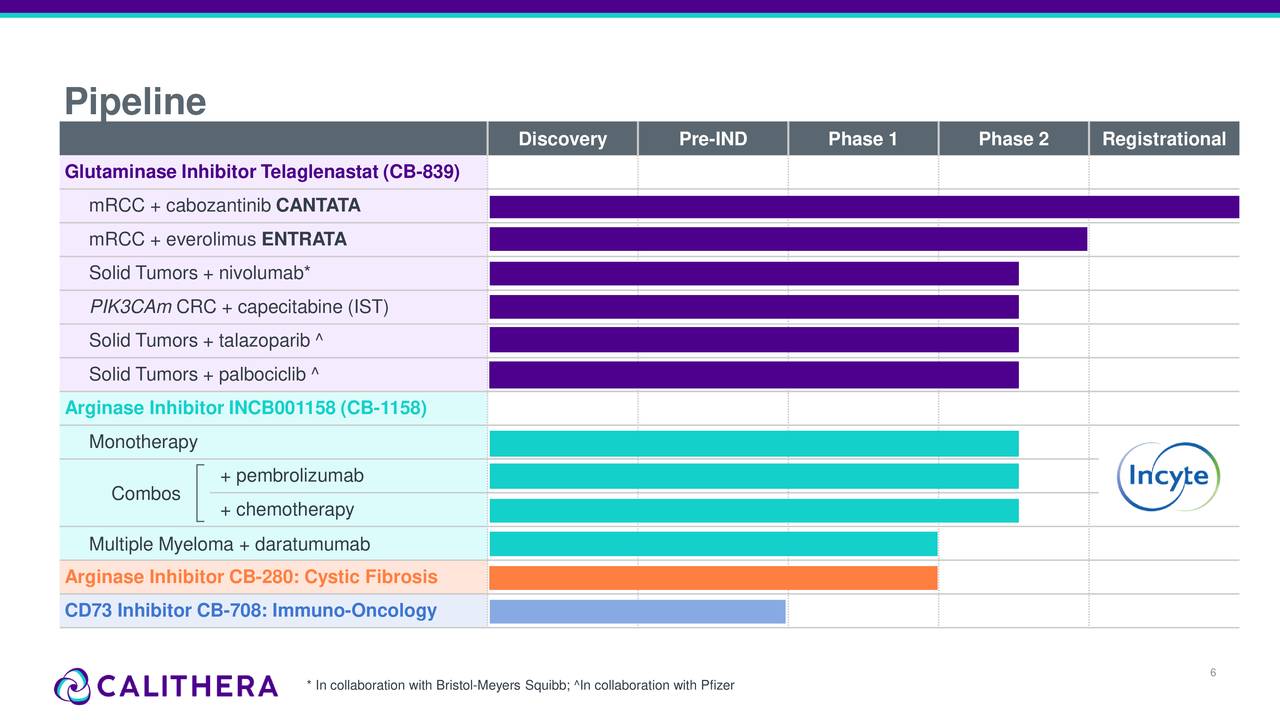 The company is targeting unique metabolic pathways as it has built a diverse pipeline with multiple ‘shots on goal’. Insiders are betting that at least one of those ‘shots’ hits its mark based on their purchases. Despite a $180 million market cap, the stock is sparsely covered on Wall Street with only two analysts ‘chiming in’ so far in 2019. We did a ‘deep dive‘ on this name in August and granted it ‘watch item’ status.

Next up is Stoke Therapeutics (STOK). This ‘Tier 4’ biotech concern is based just outside Boston and is developing antisense oligonucleotide medicines to treat the underlying causes of severe genetic diseases. The company came public earlier this summer and currently sports a market cap just under under $1 billion. 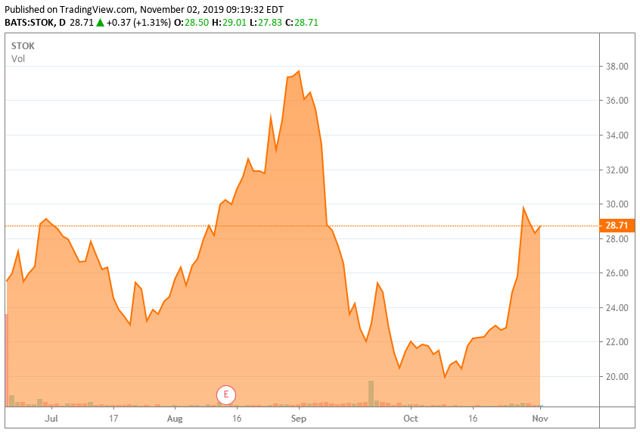 It has been a wild ride for shareholders since Stoke debuted on the public markets. A beneficial owner added approximately $6 million to his stake via three transactions from October 29th through the 31st. He also bought nearly $700,000 at lower levels to begin the month.

Despite only being on the markets a few months, Stoke was added to both the Russell 2000 and 3000 indices in September. The company states that its ‘Proprietary TANGO technology platform can be used to treat a broad spectrum of genetic diseases in which the patient has one healthy copy of a gene and one mutated copy that fails to produce a protein essential to health. These diseases, in which loss of approximately 50% of normal protein expression causes disease, are called autosomal dominant haploinsufficiencies‘

That said, the company’s pipeline is very early stage at the moment it appears. It lead program is an observational two year study around Dravet’s Syndrome. Despite any commercialization being many years in the future, one insider seems to be giving the company’s long term prospects a healthy ‘thumbs up’.

Finally, we have Soleno Therapeutics (SLNO) which recently raised just over $13 million via a new secondary offering. The stock has been a disappointment for shareholders since it debuted on the market late in 2014. 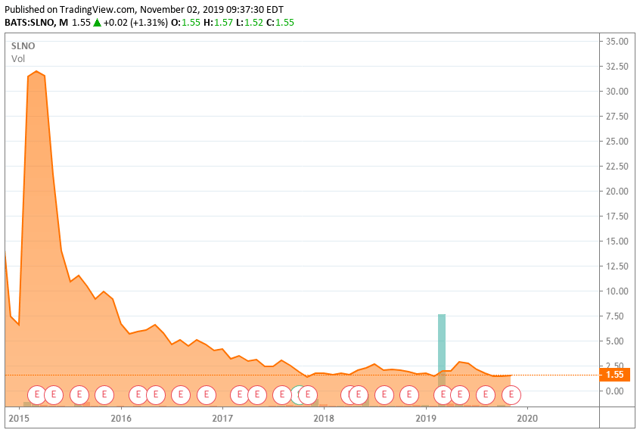 Soleno is a Redwood City, Calif.-based clinical-stage, biopharmaceutical company focused on treating rare diseases. The company’s lead candidate is called DCCR, which is targeting Prader-Willi syndrome. This rare affliction is typically caused by the partial deletion of chromosome 15, which is passed down by the father. The most common symptoms associated with the disorder are behavior problems, intellectual disabilities, and being short. It impacts approximately one out of every 135,000 individuals.

This is really the only notable asset currently in Soleno’s pipeline. The next readout is scheduled to be for DCCR involving Phase 3 data due late in the first half of 2020. It is likely to be a make or break event for the company. Notably, two beneficial owners both bought just over $2.7 million in the recent secondary offering making a significant bet that those study results will be positive.

And those are three equities seeing notable and recent insider buying even as the overall market posts new all-time highs.

Bret Jensen is the Founder of and authors articles for the Biotech Forum, Busted IPO Forum, and Insiders Forum

Author’s note: I present an update my best small and mid-cap stock ideas that insiders are buying only to subscribers of my exclusive marketplace, The Insiders Forum. Try a free 2-week trial today by clicking on our logo below!

Disclosure: I am/we are long CALA. I wrote this article myself, and it expresses my own opinions. I am not receiving compensation for it (other than from Seeking Alpha). I have no business relationship with any company whose stock is mentioned in this article.

Editor’s Note: This article covers one or more microcap stocks. Please be aware of the risks associated with these stocks.