China seems to have unofficially banned Australian copper concentrate imports. Australia only accounts for 5% of Chinese concentrate imports, but Covid-related disruptions and labor action are plaguing South America. This is contributing to a strong surge in copper prices.

It is not just copper though. China’s ambassador to Australia, Cheng Jingye, warned Australia six months ago its beef, students, tourists, and wine were susceptible to trade restrictions. Over the next six months, all these sectors were hit. Copper is a serious market, but not as important to Australia as iron ore or LNG. The trade restrictions are likely the result of an escalating disagreement over the origin of the coronavirus and how that should be mapped.

Now, I’m a big believer in copper over the next decade. But one potentially interesting way to position, given the geopolitical tensions here, is in bulk shipping. In general, I actually believe shipping is poised for a supercycle somewhere in the next three years. For more color, see my recent public write-ups on Dorian LPG (NYSE:LPG) and Euronav (NYSE:EURN).

When I recently went through the latest developments at Scorpio Bulkers (NYSE:SALT), it had my head spinning. At that time, just 14 days ago, the stock was at $12.59, which translates into a market cap of $150 million. As recently as June 2020, the company raised money at $18+ per share worth $83 million.

Scorpio Services Holding participated in the capital raise. August 2020, the company plunked down almost $300 million on an NG-16000X Wind Turbine Installation Vessel and a 1500 LEC crane to be used on the WTIV.

It turns out management plans to sell all of its bulkers and reinvest the proceeds into wind turbine installation vessels. Interestingly, it won’t need to cough up meaningful payments until 2022.

That’s when I went: 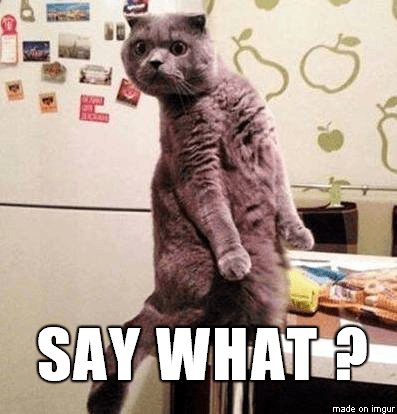 Really, I was flabbergasted. But I kept reading and tried to figure this out. In the end, this plan is so bad; it makes sense.

At first, I’m thinking, of course (in typical tanker space behavior), the company is dumping bulkers at the bottom of a multi-year bear market to invest in a hot growth industry without any competitive advantage that’s growing at a 15% CAGR…

It’s hard to come up with something that’s ostensibly worse. This first crane vessel gets delivered to it in 2023.

The company justifies its transition by citing an unprecedented alignment of scientific, political, and commercial forces to accelerate plans worldwide to develop wind energy. The contract for this initial vessel gives it an option to order three more. 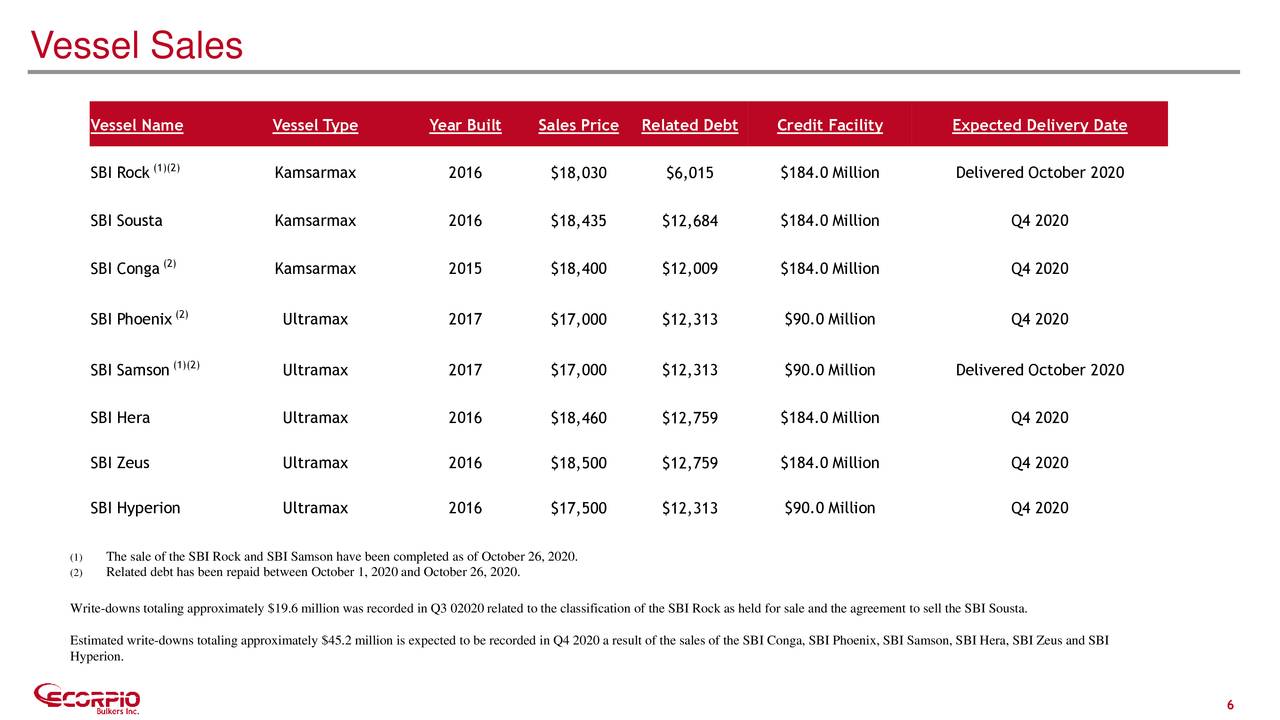 Make no mistake, I rarely hear a management team speak that is more committed and all-in on a transition:

Let me answer the last question. And there are a number of benefits we think of doing this. The first benefit is we can concentrate. We can completely focus. It’s not quite as extreme as Cortes burning his boats when he arrived in America, but it’s somewhere along that theme that you get the benefit of absolute focus that our future renewable shareholders really understand the commitment this company is making to that space to the future.

The company will do this, and I believe it will sell the bulkers to the last Ultramax. It is going to do it fast, too (which likely means it will give up value). Here the CEO is talking about the transition:

It’s very, very difficult to manage responsibly, to maintain the quality and under environmental and safety risk if you are running down your operation over a long time and an indeterminate time. It’s tough on internal morale. It’s tough on operations. You have people who are wondering what they’re going to do. You obviously reduce your commitment. So there are just so many advantages in terms of ripping the bandage off as opposed to just pulling it off generally.

Basically, the company had no answers on how it will sustain a competitive advantage as an offshore wind installer and couldn’t articulate any particular present expertise that will help it succeed.

I’m not sure I like the plan. It sounds terrible to me, except that it is tailored to capitalize on current market trends that are likely to sustain and government policies going forward. Regulation on shipping is increasing to curb emissions. There’s IMO 2020, but there will be IMO 2030, and there is a plethora of other less sweeping regulations.

Meanwhile, in finance, money is flowing towards passive investments and ESG. Shipping isn’t really represented very well in either corner. That’s why most companies pay through the nose for financing needs even though they are loaded with assets. The table below shows valuations for several bulker companies. Few companies trade as distressed as Scorpio Bulkers at 0.2x book value, but not one even trades at 50% of book value. If you put a dollar in this industry, you’ll immediately lose half.

The worst valuation is Boskalis, for which offshore wind is still a niche activity for now.

The company is clearly gunning to become a wind-energy pure-play if it gets rid of most of the bulkers and has a purchasing order in place for several installation vessels that could be sufficient to qualify it as a green or renewable energy company.

A lot of flows, as well as subsidies, are directed there. Read my Euronav article on how it is trying to green bond financing because it is more attractive. Meaning the costs of capital could decrease significantly for SALT.

Here are four key items from Biden’s policy’s on energy:

2) Work with Congress to enact in 2021, President Biden’s first year in office, legislation that, by the end of his first term, puts us on an irreversible path to achieve economy-wide net-zero emissions no later than 2050. The legislation must require polluters to bear the full cost of the carbon pollution they are emitting.

3) Rally the world to be urgent and additional action. We know we cannot solve this emergency on our own: the United States accounts for only 15% of global emissions. On Day 1, Biden will rejoin the Paris Climate Agreement. But we must go further. In his first 100 days in office, Biden will convene a climate world summit to directly engage the leaders of the major greenhouse gas-emitting nations of the world to persuade them to join the United States in making more ambitious national pledges, above and beyond the commitments they have already made. Biden will not allow other nations, including China, to game the system by becoming destination economies for polluters, undermining our climate efforts, and exploiting American workers and businesses.

5) Accelerate the deployment of clean technology throughout our economy. Creating the best, most innovative clean technology in the world is not enough. We also need to make sure it is used by households and industry to achieve aggressive emissions reductions. Biden will set a target of reducing the carbon footprint of the U.S. building stock 50% by 2035, creating incentives for deep retrofits that combine appliance electrification, efficiency, and on-site clean power generation. He will work with our nation’s governors and mayors to support the deployment of more than 500,000 new public charging outlets by the end of 2030. And, Biden will ensure our agricultural sector is the first in the world to achieve net-zero emissions, and that our farmers earn income as we meet this milestone.

This is another considerable tailwind that just materialized, and SALT is going to try and surf it. Increasingly, whole business models are built on this trend; see my recent article on sustainable infrastructure.

If I look at the company’s balance sheet, I see $675 million in liabilities, there is $68 million in cash, $20 million in receivables, $7 million prepaid, and then $1.3 billion in vessels. The bottom line is the company trades at 0.2x book value.

I know, I don’t buy the vessel values either.

When I add all the values up and subtract full liabilities, I get $400 million or $33.5 per share. That’s almost a 3x from where the company trades at now. But given industry multiples, the company won’t ever be valued at that range.

Book value could decrease to ~$17 per share. But with its transition complete, the company is likely to trade at a premium to book and be viewed as part of a growing green industry. It if trades at 1.5x book, it would be worth $25.5 per share.

If the company trades at a premium to book, it can issue shares and use the proceeds to buy more installation vessels at book value. This sets off a virtuous cycle of growing revenue, growing earnings, and increasing the ability to tap the green financing market (the REIT game).

I can imagine the company could try to capture the aftermarket service contracts for these wind turbines. Obviously, these things will break down and need maintenance and inspections from time to time. Some can be done at sea, but there is likely a continuous need to transport turbines.

If this becomes a recurring reliable income stream, the company will attract a high earnings multiple, which is even more attractive.

It is a somewhat cynical view, but I believe a chain of economically illogical actions will lead to a significant re-rating of this stock. If you ask me, a far superior plan would be if the company were to sell these bulkers and use the proceeds to hoover up its own stock. Merely selling a significant number of bulkers at reasonable prices should alert the market that the gap between share price and real book value is too large.

The company’s approach is riskier, but if ESG continues to grow and Scorpio Bulkers can position itself to capture these flows, I think there is a real chance shares will 3x from here. There’s a chance for sustained, long-term value creation (which would be absent in my favorite approach).

Did you like this article? Check out the Special Situation Investing report. My best shipping ideas are unknown small and microcaps in this space.

These don’t do exactly straight up shipping and don’t show up on most shipping screeners. Earnings are still going to skyrocket if there’s a shipping supercycle and they are dirt cheap.

My single largest position (by some margin) has insiders buying while the shipping market is stalling. Even better recently it bought back 7% of its shares in the span of days.

Disclosure: I/we have no positions in any stocks mentioned, but may initiate a long position in SALT over the next 72 hours. I wrote this article myself, and it expresses my own opinions. I am not receiving compensation for it (other than from Seeking Alpha). I have no business relationship with any company whose stock is mentioned in this article.