In just the past few weeks, the stock market has gone from a record-long bull market to hitting the limit-down circuit breaker for the first time in history, not once, but multiple times. All of this is due to the unforeseen 2020 black swan event: the coronavirus. The economic impacts of coronavirus are yet to be fully understood but early predictions are quite grim. For example,

Between people stocking up on food at home to restaurants being forced to have takeout only options across the country, it makes sense that restaurant stocks across the board have been hit and have been hit hard. In fact, a United States restaurant trade group asked for a $455 billion aid package on Wednesday, stating that the industry could take a $225 billion sales hit in the next month or a quarter of the projected $899 billion in sales. That being said, McDonald’s and its modern business model are built to sustain through this crisis.

McDonald’s is almost as recession-proof as it gets, given that it produces cheap, fast food. This type of good is an inferior good, as the demand for fast food decreases as income increases because people tend to spend more on healthy food rather than unhealthy fast food when they have the money to do so. On the other hand, when consumers have less money to spend, people tend to go for McDonald’s for the cheaper meal. This is demonstrated by the fact that McDonald’s sales and the stock price remained pretty stagnant over the last recession, even though simple intuition would imply a decrease in sales and lower stock performance as consumers had less money to spend. 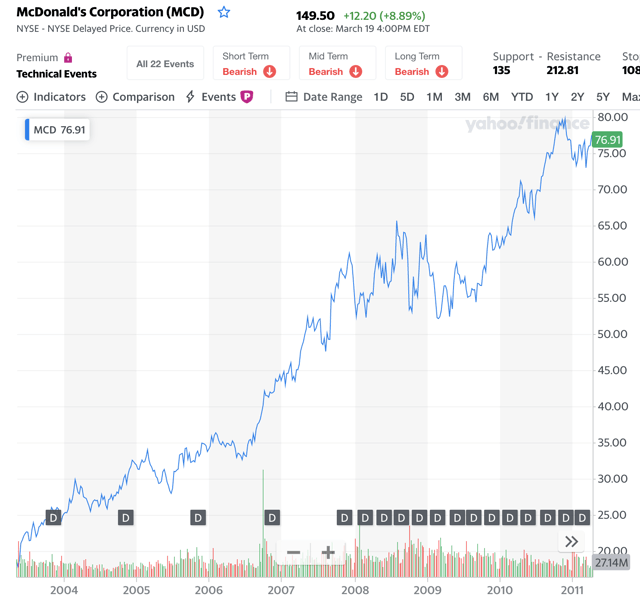 The direct impact of the coronavirus on AT&T might be more beneficial than harmful. With more people staying at home, there is an increased demand for Internet as well as video streaming entertainment. Verizon (NYSE:VZ) has reported that during peak hours, usage increased 75% for gaming, 34% for VPS, 20% for web traffic, and 12% for video streaming. In fact, Internet demand has spiked so heavily that ISPs, such as AT&T, have canceled data overage fees, boosted speeds, and made Wi-Fi hotspots available. Although this likely means that AT&T won’t greatly benefit from providing these upgrades for free, it does show that the demand for Internet during the crisis will only get stronger. Additionally, with its new streaming services in HBO Go, HBO Now, and the upcoming HBO Max, AT&T has much to gain from people having much more free time on their hands. In China, for example, the amount of times users visited video streaming apps (pictured below) jumped as a result of the virus. If people are still stuck in their homes in May, this could be a great catalyst for HBO Max to gain subscribers after its launch. 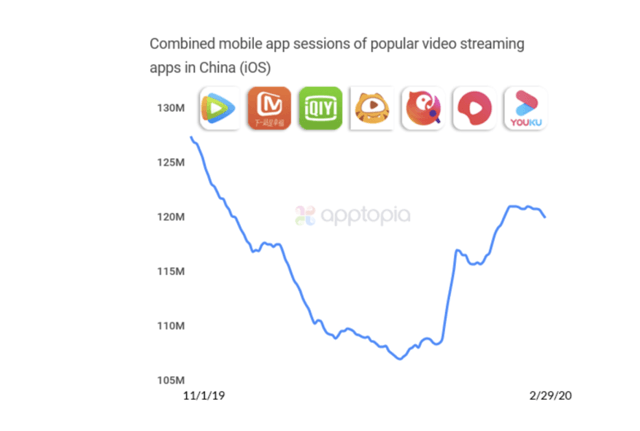 Like other telecom companies, AT&T will be impacted less than the broader economy due to the inelasticity of the goods it offers. Telecommunication services, such as Internet and phone service, are likely the last thing consumers would give up in times of a recession. Such services are integral to the daily lives of the average person. For business, it is nearly impossible to operate successfully without Internet and phone service. This logic is supported by AT&T’s leveling sales through the 2008 recession. Although it is true that this was a transformational time for the smartphone industry and that won’t be a catalyst for now, it will likely be leveled out by the increased dependence on the Internet and phones that exist now that did not exist to such an extreme in 2008. 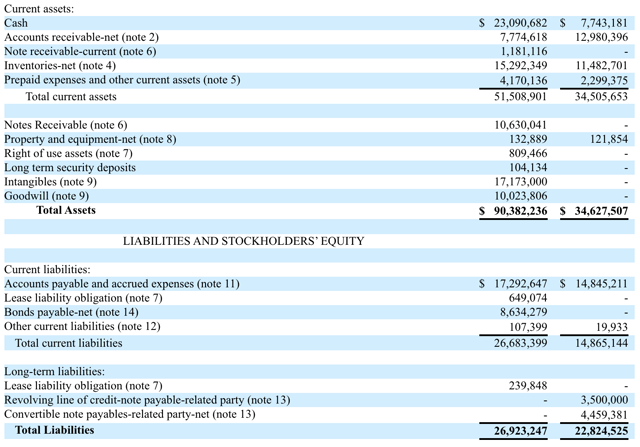 There are two main coronavirus related trends that will serve as catalysts for Celsius Holdings’ sales. First, there is no doubt that there has been increased foot traffic in grocery stores across the globe as many are not allowed or refuse to eat outside of their homes. In fact, Walmart, which carries Celsius Holdings products in 1500 stores, is hiring 150,000 temporary workers, while Amazon is hiring 100,000 new workers to help meet the increased demand. The increased foot traffic will increase consumer exposure to Celsius Holdings products. Second, as many people feel stuck in their homes with ample free time, people will be more likely to start exercising as a way to get out of the house and utilize their free time. From New Orleans to New York, this very scenario is seen through an increasing demand for bikes. Between more exposure in stores and an increasing demand for exercise-related products, I believe that Celsius Holdings is well-positioned to benefit from the impact of the coronavirus.

If/when a recession occurs, Celsius Holdings will likely not be overly affected. Its product is not very expensive to begin with. As of now, it is going for $20 for a 12 pack ($1.67/ can), compared to a 24 pack of Red Bull that goes for $53 ($2.20/can). Additionally, although the company was only 3 years old, during the last recession, sales increased 57% from 2007 to 2008 (see below). Lastly, as mentioned before, Celsius Holdings is in a very strong financial position that will allow them to weather the downturn in the economy.

The fact of the matter is that this is an unprecedented time in human nobody really knows how, or when, it will end. This is seen in the broad range of GDP forecasts. For example, JPMorgan is estimating a 30% drop in April to June, while Bank of America (NYSE:BAC) has it at 12%. In the case that the market is underestimating the economic impacts of the virus, both in terms of magnitude and length, it is quite possible all securities, regardless of exposure and ability to adapt, will suffer. That being said, these three securities discussed above are excellent choices for those who are willing to put money back into the market.

The coronavirus has financially impacted and, in some cases, been devastating for individuals around the world. For those who have lost so much of their financial stability, the companies discussed above could provide an opportunity to regain some of their losses. While I believe the optics of the increasing cases in the United States, mandated stay at home orders, and the unemployment report that will be in the millions may increase the risk associated with the market, I recommend keeping an eye on three names and scaling into them as the stock market continues to skid downwards.

Disclosure: I am/we are long T, CELH. I wrote this article myself, and it expresses my own opinions. I am not receiving compensation for it (other than from Seeking Alpha). I have no business relationship with any company whose stock is mentioned in this article.

Additional disclosure: I may initiate a position in McDonald’s stock within the next 72 hours.