In this series of articles, I would like to focus on mineral exploration companies that have very high upside potential, but for some reason, they are flying deep under the radars of investors. It is important to note that, although the featured companies have very high upside potential, they are also very risky, as their projects are in early development stages, and there are many things that can go wrong. Therefore, potential investors should be very cautious and invest only a small portion of their portfolios. Previous articles in this series focused on

Subsequently, only last week, Avoca and Timor were spun out into a new company named Leviathan Gold. The shares of Leviathan Gold were distributed to shareholders of Fosterville. But, even after the spin-out, Fosterville’s projects cover an area of more than 3,000 km2.

The Golden Mountain Project has been at the center of Fosterville’s attention over recent months. The land package covers an area of 136 km2. The property includes numerous areas of gold occurrences, as well as some historical mine workings. 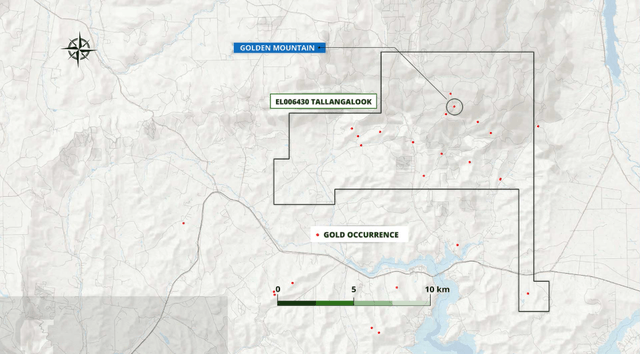 On November 6, Fosterville announced assay results of 152 g/t gold in a rock chip sample from the Star of the Glen target, situated 4 kilometers to the south-east of the main exploration zone. As a result, Fosterville prepared a drill application for at least 900 meters at Star of the Glen. Meanwhile, Fosterville obtained permission for 15 additional drill-pads in the main target area. Therefore, Golden Mountain should keep on delivering drill results also in 2021.

The Lauriston Gold Project is situated right to the south of Kirkland Lake Gold’s properties. It covers an area of 600 km2. The Whitelaw and Tandarra faults cross the property. Although some exploration activities, as well as historical mining, took place, the land package remains significantly underexplored. 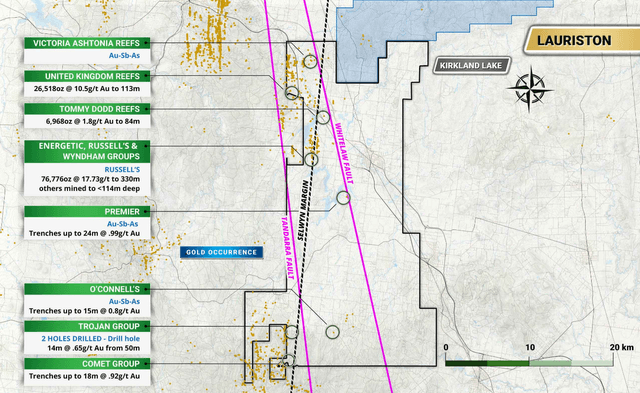 The Providence Gold Project covers an area of 650 km2. The large land package contains numerous areas of gold occurrences, as well as some very high-grade historical gold mines. Especially, the Greedy Creek Goldfield area is very exciting. Not only are there numerous gold occurrences, but the historical Doyle’s and Langridge’s mines produced more than 34,000 toz gold at gold grades above 50 g/t. And, there is also the Luckie Reef area, where more than 39,000 toz gold at gold grades around 39 g/t gold were produced. 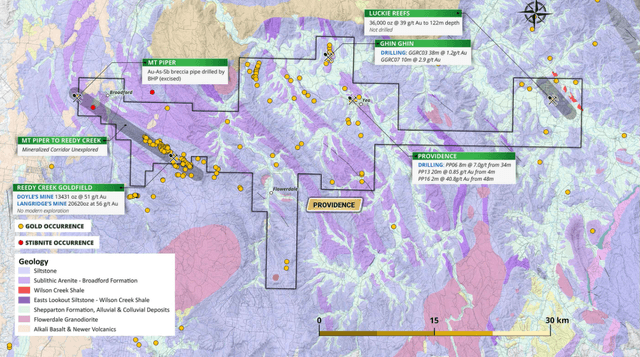 In October, Fosterville received an exploration license for the Reedy Creek area. It includes a 16.5 km long mineralized corridor with more than 50 exploration targets. The gold production took place in the late 19th and early 20th century, and there hasn’t been any modern-day exploration.

The Walhalla Belt Project covers an area of 574 km2. It includes high-grade gold showings. Moreover, historical production took place at the property too. According to Fosterville, 1,510,390 toz gold at a gold grade of 33.59 g/t were produced at Walhalla. According to Rex Motton, Fosterville’s COO:

The Walhalla Belt Project contains one of the most compelling exploration targets in the state of Victoria with opportunities to extend past high grade mineralization at depth and along strike. We suspect that additional high-grade mineralization remains at Cohen’s reef with prior focus on the +33 g/t gold shoot.

The property contains more than 90 hard-rock prospects. In the late 19th and early 20th century, gold production took place at more than 30 of them. The majority of production occurred at Cohen’s Reef, where 1,479,851 toz gold at a gold grade of 32.2 g/t were produced. What is important:

The production at Cohen’s Reef came from a single mineralized shoot mined to 1120m depth. Mineralisation was controlled by the steeply west dipping Cohen’s Shear zone, which was reactivated during gold mineralisation in the Middle Devonian Tabberabberan orogeny. This is the same age mineralisation as Fosterville and elsewhere within the central Melbourne Zone.

Historical production along Cohen’s Reef concentrated on visible gold within the laminated reef system. Recent assay results have highlighted the increased levels of visible gold, and the presence of disseminated gold, especially along dyke margins. The ten highest gold assay results (5 – 12 g/t) from recent drilling in proximity to Cohen’s Reef are found in laminated veins within or on the margins of dyke; or in laminated or brecciated veins within meta-sedimentary rock, predominantly shale (Goldstar, 2007). Historic mine plans indicate mineralisation at Cohen’s Reef remains open at depth.

Fosterville South Exploration owns a huge land package in a safe and highly prospective region of Victoria, Australia. There are numerous high-grade gold occurrences on its properties covering an area of more than 3,000 km2. Although high-grade gold production occurred there more than 100 years ago, only little exploration using modern technologies has taken place. Therefore, the large land package remains heavily underexplored. The company is debt-free, and as of November 23, it held cash of C$30.35 million ($23.36 million). At a market capitalization of $119.11 million, the enterprise value equals less than $96 million. Yes, it is not a low value for a company with no outlined resources. On the other hand, the exploration potential is really huge, and it is only a question of time before Fosterville manages to outline high-grade gold resources, probably at multiple properties. And there is also a wildcard in the form of Kirkland Lake Gold. Kirkland Lake’s Fosterville mine is slowly running out of high-grade ore. If Fosterville South Exploration keeps on delivering good drill results, it will become a natural acquisition target for its northern neighbor.

Of course, there is the risk that the exploration will be unsuccessful, and Fosterville will not be able to outline an economic deposit. However, given the current information, it is highly improbable. Another risk is related to future financings and related share dilution. However, the company is well funded right now. It should be sufficiently financed at least for another year. If the drill results remain positive, another equity financing should be made by much higher share prices, leading to smaller share dilution. And here, we come to the biggest near-term risk. The gold price is experiencing a notable weakness right now, which weighs on Fosterville’s share price negatively. If the gold price keeps on declining, Fosterville’s share price will follow. Good drill results should be able to limit the decline, but they will hardly be able to stop it completely. 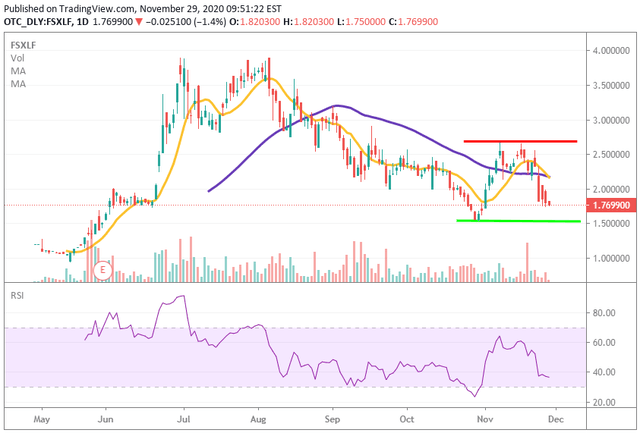 As can be seen in the chart above, Fosterville’s share price peaked close to the $4 level, back in August. However, subsequent gold price decline pushed it lower. And over the recent days, the share price decline was fueled not only by the gold price decline but also by the spin-out of Timor and Avoca into Leviathan Gold. Right now, Fosterville is approaching important support in the $1.5 area. If it holds, the share price may bounce back up to the resistance in the $2.65 area. If the support at $1.5 doesn’t hold, a decline to the $1 area is possible. The gold price is going to be the main driving factor in the near term.

The best strategy right now is to wait whether the support holds. If yes, a position can be initiated. If not, an even better buying opportunity will emerge. However, given the current state of the gold market and the risks related to early-stage gold explorers, Fosterville South Exploration should represent only a small part of an investment portfolio.

Disclosure: I am/we are long FSXLF. I wrote this article myself, and it expresses my own opinions. I am not receiving compensation for it (other than from Seeking Alpha). I have no business relationship with any company whose stock is mentioned in this article.