Franco-Nevada released its Q2 results on Wednesday, and the company reported attributable production of 104,300 GEOs, down 3% year over year. However, while quarterly attributable GEO production was down from Q2 2019, we saw revenue growth of 15%, with the higher gold price more than offsetting this decline. It’s worth noting that the revenue growth came despite a massive headwind from energy revenue, as it plummeted 47% year over year due to lower oil (USO) prices. Let’s take a closer look at the quarter below:

As we can see from the table below, Cobre Panama was a massive tailwind in the quarter for Franco-Nevada, with $17.6 million in revenue vs. zero revenue last year as the mammoth-sized copper-gold mine achieved commercial production in Q3 2019. Meanwhile, Candelaria and Stillwater were also solid performers for Franco-Nevada’s portfolio, with revenue growing 27% and 55%, respectively. Unfortunately, production at Goldstrike was down considerably with a $3 million headwind ($8.2 million vs. $5.2 million), and Antapaccay revenue was also down massively, from $18.6 million to $11.6 million. In total, 14 out of 56 of the company’s cash-flowing assets were affected in the quarter due to closures related to COVID-19. Since that time, all of the assets are back online, except for Golden Highway as Kirkland Lake Gold (KL) announced it was placing the Holt, Holloway, and Taylor mines under temporary suspension while the company evaluates the future of these assets.

Moving over to the company’s energy assets, this is where we saw the real headwinds, with no surprise given the cliff dive that the oil price took in Q2. As is shown below, Scoop/Stack revenue fell by $2.1 million, Permian basin revenue decreased by $1.3 million, and Weyburn saw a massive headwind, with revenue falling from $10.6 million to negative $0.6 million. The enormous shift in positive revenue to negative revenue at Weyburn was related to the accounting treatment for the net royalty interest (NRI), recorded on a net basis after reduction of costs. The realized price for the NRI was C$22.13 per barrel vs. C$70.74 per barrel in the year-ago period. In total, revenue from the company’s energy segment fell from $27.6 million to $14.6 million, and Franco-Nevada’s consolidated revenues in Q2 would have been up 22% vs. 15% if not for this headwind.

While the slide in energy revenue is disappointing, especially for those owning Franco-Nevada as a play on the price of gold, it’s worth noting that we should see a significant bounce back in Q3 and Q4 based on current oil prices. This is because the oil price has rebounded to C$54.60/barrel, or $42.00/barrel, a massive improvement from $27.82/barrel in Q2 2020. The current guidance for FY2020 for the energy assets is ~$68 million at the midpoint based on a $40.00/barrel price.

Currently, the average gold price in Q3 thus far is $1,879/oz, and I have conservatively used an average realized gold price of $1,925/oz for Q3. Assuming the company records an average realized gold price at or above this level, we should see margins per ounce improve to $1,660/oz, translating to 85% margins. These are higher margins than most ultra-growth software companies (IGV), which justifies what some believe to be a high earnings multiple for Franco-Nevada. Let’s take a look at the company’s earnings trend below:

As we can see from the chart above, Franco-Nevada posted annual earnings per share (EPS) growth of 58% last year, one of the sector’s top earnings growth rates. Based on FY2020 estimates of $2.39, the company is anticipated to grow annual EPS another 30% this year, translating to a two-year stacked earnings growth rate of 88%. This is incredible growth for a company of Franco-Nevada’s size (~$30 billion). However, it’s even more impressive as this growth is occurring despite nearly unprecedented headwinds, given how many operations belonging to Franco’s partners were temporarily suspended. Typically, the best-performing stocks in the market are those that can consistently grow annual EPS by 20% or more, and based on FY2020 and FY2021 estimates, Franco-Nevada will maintain this distinction for the next 18 months.

As noted in the Q2 conference call, the company’s Cobre Panama mine is back up and running since May 7 and is expected to ramp up to full capacity within a week. Meanwhile, Antamina was suspended on April 13 but was back online on May 27. Finally, Kirkland Lake Gold’s Detour Lake mine was offline for over a month but should see a much stronger second half. Therefore, I would expect to see revenue above $248 million for Q3 2020 and margin expansion, given the higher metals prices. However, the real story for Franco-Nevada is the long-term outlook, with the company guiding for annual attributable GEO production of 600,000 ounces by FY2024 as Cobre Panama continues to ramp up. As the chart below shows, the mine is expected to increase throughput to 100 million tonnes per annum by FY2024, which would translate to 160,000 GEOS per year to Franco-Nevada, a massive increase from the 35,600 GEOs in H1 2020, or a 70,000-ounce per year run rate.

The other piece of the Franco-Nevada story that is less discussed is the benefit the company should see from higher metals prices. Currently, there are several projects in the company’s portfolio that looked great at $1,400/oz gold and had a good shot at going into production, but a $1,700/oz gold price has pretty much guaranteed they will go into production given the significantly improved internal rate of returns (IRR) on these projects. For example, Skeena Resources’ (OTCQX:SKREF) Eskay Creek Project had an After-Tax IRR of 53% at $1,350/oz gold, which has improved to 76% at $1,700/oz gold. Franco-Nevada currently holds a 1% net smelter return on the project. Meanwhile, Marathon Gold’s (OTCQX:MGDPF) Valentine Lake Project had a decent After-Tax IRR of 36% at $1,350/oz gold, but this has improved to 58% at $1,700/oz gold. On Marathon’s Newfoundland Project, Franco-Nevada has a 2% net smelter return. There are dozens of other projects like this, but these are two of the larger ones. 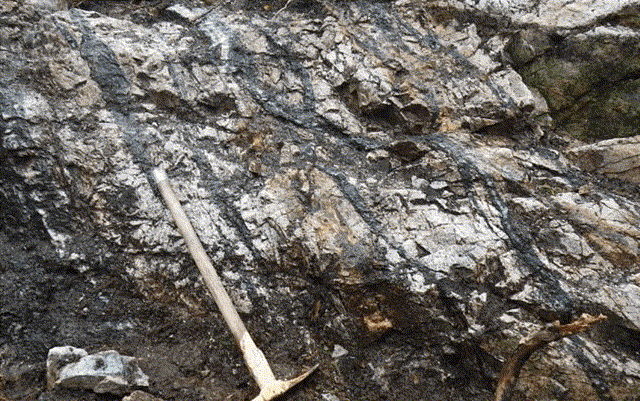 In summary, while Franco-Nevada had a disappointing quarter, it was absolutely no fault of the company. The company couldn’t foresee the unprecedented headwinds coming at it in Q2 from both shutdowns and lower oil prices, and the company still managed to grow revenues 15% despite these challenging conditions. Given that Franco-Nevada has one of the most impressive growth profiles among large-cap streaming/royalty names and some of the best margins on the US Market, I continue to see the stock as a staple for any precious metals portfolio. Therefore, if we were to pull back to the $141.00 level, I will likely look to add to my current position.

Disclosure: I am/we are long FNV, SKREF, GLD. I wrote this article myself, and it expresses my own opinions. I am not receiving compensation for it (other than from Seeking Alpha). I have no business relationship with any company whose stock is mentioned in this article.