There are few sectors as large as the junior mining sector, and with over 400 companies vying for investors’ attention, it is essential to be able to separate the wheat from the chaff. Based on my own experience, less than 10% of the sector is worthy of investment at any given time, meaning that over 360 companies aren’t even worth taking a second look at during one’s research. The easiest way to hone in on the projects that have the best chance at becoming mines or takeover targets is to look for a minimum of a 750,000-ounce gold resource, but unfortunately, this still leaves nearly 100 companies in the sector to sift through. Several factors come into play next, from mining method and location to grades, but in this article, we will focus on Canadian projects only to make it easier to separate the “chaff” in less-attractive jurisdictions. Let’s take a look at the top-20 junior gold companies in Canada below:

In my most recent article on Canadian gold juniors, I shared the chart above, which compares each company by resource size and enterprise value per ounce. As we can see above, it is quite a noisy chart, as some companies with 4 million ounces of resources command valuations of barely $25.00/oz, like Spanish Mountain Gold (OTCPK:SPAZF), while others command valuations as high as $80.00/oz, like Skeena Resources (OTCQX:SKREF). This can make things quite confusing for investors who haven’t done excessive due diligence in the space. In fact, investors are often lured into buying the cheapest companies on an enterprise value per ounce basis, assuming that they should be trading much higher. However, all ounces are not created equal, even if they’re sitting in the same country in Canada. Therefore, while resource size is important, investors should pay close attention to resource grades as well.

The two-lowest grade projects in the peer group are Artemis Gold’s (OTCPK:ARGTF) Blackwater Project and Spanish Mountain Gold’s Spanish Mountain Project. These two companies are currently valued at $42.19/oz and $23.60/oz, respectively. The reason for the discount for Spanish Mountain Gold is the upfront capital to move Spanish Mountain into production, which is estimated at $273 million based on the 2019 Preliminary Economic Assessment. The company has noted that this is modest, but I would strongly disagree with that statement. As shown in the chart above, Spanish Mountain is the third-most expensive project to build of the 15 undeveloped projects I track, yet it has one of the smallest annual gold production profiles (104,000 ounces per year). To put this in perspective, Gold Standard Ventures Corp. (GSV) has estimated it can build Railroad-Pinion for just half the cost ($133 million), but it has a 40% higher production profile (156,000 ounces per year). Therefore, Spanish Mountain does not stack up well at all, despite both being low-grade projects.

Investors might be surprised that Artemis Gold fetches such a low valuation despite having the largest resource in the peer group for Canadian gold projects at 12.60 million ounces. This discount is due to the relatively high upfront capital to move the Blackwater Project in British Columbia into production, with an estimated initial capex of $450 million. However, this is more than reasonable for a project capable of producing 248,000 ounces of gold per year, and the phased approach makes the project much easier to fund than the previous plans to fund it all at once for ~$1.87 billion. Assuming Artemis Gold can secure funding for the project and deliver a positive feasibility study, we could see an upside re-rating here. This is because the company should get a premium given that the management is ex-Atlantic Gold (OTCPK:SPVEF). They’re coming off one of the biggest acquisitions in the sector since 2019, being acquired by St. Barbara (OTCPK:STBMY) for over C$800 million.

When it comes to the highest-grade projects, we have Auteco Minerals’ Pickle Crow Project, which is valued at $150.15/oz in Red Lake, Ontario, and Osisko Mining’s (OTCPK:OBNNF) Windfall Project in Quebec with over 5 million ounces at a grade above 8.0 grams per tonne gold. In Auteco’s case, the $150.15/oz is quite high given that the company has an option to acquire 80% of the project from First Mining Gold Corp. (OTCQX:FFMGF) but has only proven up 1 million ounces to date (800,000 ounces attributable to Auteco). 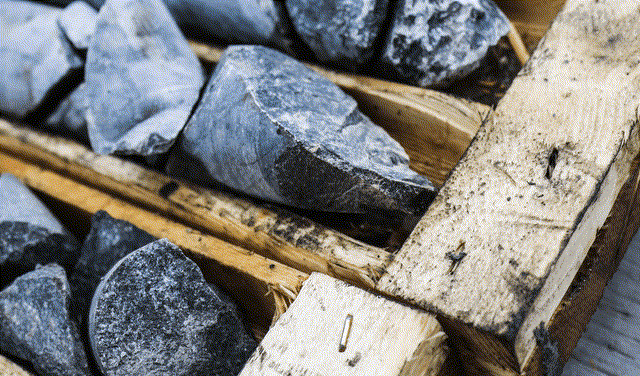 Moving over to Osisko Mining, the company is sitting on a world-class project, as it has a rare combination of both grade and size. The current Windfall resource estimate is ~5.15 million ounces of gold at an average grade of 8.56 grams per tonne gold. This year’s deep drilling suggests that this resource should grow to over 6.25 million ounces long term, and the company also has another 500,000 high-grade ounces at its Osborne-Bell Project. Therefore, while Osisko Mining might look quite expensive at first glance, I would argue this premium is justified, as there is a dearth of high-grade five-million-ounce deposits out there in Tier-1 jurisdictions, let alone worldwide. 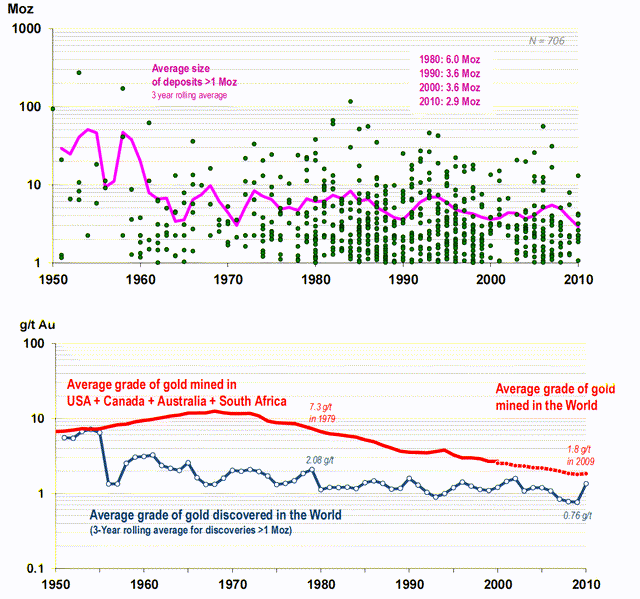 For investors interested in the sweet spot for both resource grade and resource size to help separate the chaff, the chart below might be of some use. If we look at this chart, we can see that Canadian gold juniors are shown based on resource grade and resource size, as both of these factors are pivotal to whether a project has a good chance of becoming a mine. The “sweet spot” I’ve defined is 3+ million ounces of gold at above 3.0 grams per tonne gold, and I’ve drawn a box to highlight names currently sitting in this zone. These four companies are Ascot Resources (OTCQX:AOTVF), Skeena Resources, Osisko Mining, and Sabina Gold & Silver (OTCQX:SGSVF). While only two of these companies make my top 12 takeover targets list, these are some world-class projects sitting in one of the safest jurisdictions worldwide.

As we can see below, two of these projects also stack up very well from an After-Tax NPV (5%) to Initial Capex ratio (ATNIC) standpoint. Both projects have very low upfront capital at $106 million (Ascot) and $233 million (Skeena), respectively. This increases the probability that they move into production, as they’re easy to finance. As shown below, Skeena Resources ranks second among 19 undeveloped gold projects worldwide with an ATNIC ratio of 2.88, while Ascot Resources ranks 4th with an ATNIC ratio of 2.56. Sabina Gold & Silver has an incredible resource of 7.18 million ounces at 6.26 grams per tonne gold at its Back River Project in Nunavut, but given the remote location, capex is a little higher at $315 million. Therefore, while it stacks up favorably in the resource & grade “sweet spot”, it’s a little lower down 12th out of 19 projects on an ATNIC ratio basis. Finally, Osisko Mining is waiting to produce a feasibility study, and its old study is very dated and uses a limited resource, so it is not on the below list.

Hopefully, this article has helped shine some light on what investors should be looking for in the junior gold space when hunting down tomorrow’s market leaders. It’s important to note that grade and resource size alone are not everything, and mining method, location, and financing are also factors to pay close attention when analyzing these companies. When it comes to high-grade projects in Canada, the two standouts are Skeena Resources’ Eskay Creek Project and Ascot Resources’ Premier Project, with both sitting in British Columbia. Therefore, for investors looking for high-grade gold juniors in safe jurisdictions, these are two names that should be at the top of one’s shopping list if we see a violent correction in the sector. In terms of my top 12 takeover targets in the sector in all jurisdictions, Skeena and Osisko are two of the 12 names on my top takeover targets list currently.

Disclosure: I am/we are long GLD, SKREF, SGSVF. I wrote this article myself, and it expresses my own opinions. I am not receiving compensation for it (other than from Seeking Alpha). I have no business relationship with any company whose stock is mentioned in this article.

Bearish And Neutral Sentiment Normalized
China, U.S. Take Positive Steps In Trade Between Countries
Contemplating The (No Deal) Cliff
Crushing It: No Axon To Grind With This Stock (NASDAQ:AAXN)
NZD/USD: Unsustainable Upside Is Likely To Reverse
CSX: Things Are Definitely Getting Better (NASDAQ:CSX)
Exxon Mobil: Will Oil Be The Next Tobacco Or Coal Matters More Than The Dividend (NYSE:XOM)
AbbVie Should Benefit From A Buffett Bounce (NYSE:ABBV)