Here are some things I think I am thinking about.

1) Are the markets losing their minds?

I’ve tried my best to caution people in recent months over the excessive pessimism of the permabears. There have been numerous comparisons from the usual suspects about how this was the next Great Depression and how the next financial crisis was right around the corner. As I noted in April and is now becoming clear this was very wrong. But there’s still a long road ahead and I somewhat sympathize with people who now say the market has overreacted.

As of now it appears as though COVID isn’t going away any time soon. In fact, it might be spiking again as we head into the second half of the year. This. Is. Not. Good. As I noted in my March market note, the recovery is likely to look be short-ish and painful. That is, don’t expect anything to return to fully normal in the next year, but don’t be shocked if things look mostly normal within two years.

The stock market doesn’t wait for the economy to get better. It anticipates it. But what do we make of this environment where the market now appears to be anticipating a huge recovery? Well, as I noted a few weeks ago I think it’s reasonable to argue that the stock market has mostly priced in a recovery and could be dead money for a while. That is, the bulls are exactly right about the recovery and the bears are exactly right that the market is not a great risk/reward at this juncture. In other words, the stock market has this exactly right. The economy really is recovering, we’ve priced that in and the future returns in the market won’t be all that great.

2) Hertz, Robinhood, day trading and all that.

There’s been a constant barrage of “evidence” claiming that we’re living in an age of irrational exuberance. For instance, there have been a series of strange bankruptcy filings in which the stock didn’t trade to $0 and in fact surged. There’s also been a growth in retail investing via platforms like Robinhood. And then there’s been a seeming resurgence in day trading which hearkens back to the Nasdaq Bubble. What to make of all this?

People were all in a tizzy over Hertz (NYSE:HTZ) declaring bankruptcy and the stock surging from $1 to $5. This was supposedly all part of the “Fed induced” bubble and irrational exuberance. Except that the stock quickly collapsed back to $1. In fact, you’ve lost 99% of your investment in Hertz if you purchased it in 2012. So, this looks like a case of markets doing exactly what they should be doing and wiping out equity investors in a failing firm. Who cares if the stock rallies from $1 to $2? When you’re down 99% and your stock doubles you’re still down 98%. This isn’t a market failure. It’s a math failure by people who are too obsessed with super short-term moves in the markets.

In other news, there has been a lot of attention paid to day trading Robinhood traders. I don’t know what the fuss is. Look, day trading is silly. It virtually guarantees lower long-term returns by increasing your taxes and fees. This, again, is just basic math. The average investor who holds a portfolio for 366 days will earn a higher return than the average investor who holds a portfolio for 366 hours. This simply must be true because both investors ultimately hold the market portfolio in aggregate and one pays lower taxes. So, day trading (and any type of short-term trading) reduces returns. As I often note, short-termism is your worst enemy when allocating assets. I often joke that the best financial advice I could ever give someone is to throw your TV in the trash and lose your brokerage firm password. Wait, maybe that’s not a joke?

3) Why Fed Trutherism is dangerous.

I spend way too much of my time debunking myths about the Fed. I was thinking about why I do this and then it dawned on me – I have hundreds of emails over the last 10+ years from investors who think that the financial markets are a big ponzi scheme because of the Fed’s involvement. I always try to explain to people how the Fed works so they can formulate a better understanding of the monetary system and hopefully arrive at better conclusions. For instance, if you fell for Fed conspiracy theories in March then you likely thought the Fed’s response was all a “money printing” scam. And you stayed bearish.

Except this distracted from the reality where the Fed was supplying liquidity to the financial markets while the Treasury provided real meaningful stimulus and the economy actually started to improve. This wasn’t a scam. It was, to a large degree fundamental and helpful to everyday people who really needed the help they got. And the money ultimately flowed to spending which flowed to revenues which is being priced in by the stock market.

On a related not, there was some really interesting evidence of this that came out in a new paper yesterday. Researchers at U Chicago found that the fiscal stimulus actually REDUCED inequality in the early part of 2020. The Fed Truthers wanted us to believe that the whole stimulus package was a big corporate bailout of failing companies when in fact it was providing stimulus largely to Main Street. 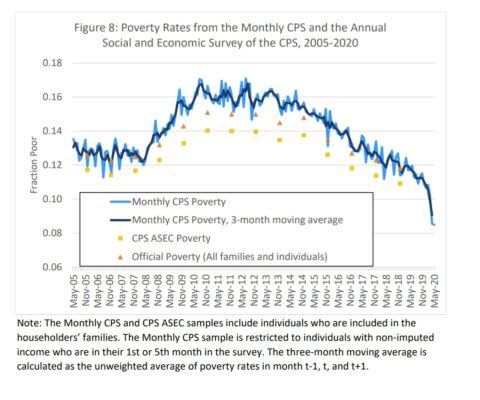 Of course, as I noted before, this doesn’t mean that the market hasn’t overreacted. The market isn’t efficient. And I think there’s a reasonable argument that stocks and bonds have both overreacted on the upside here. But we shouldn’t go overboard either and argue that the whole stock rally is a big fake Fed induced hyperinefficient response. 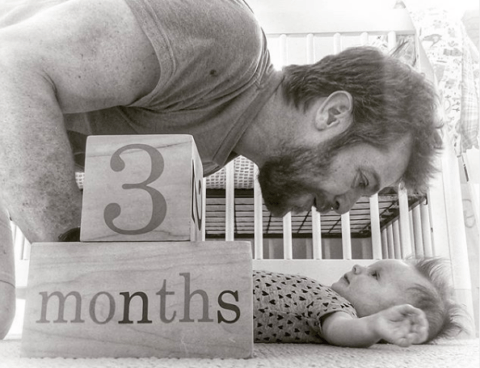 Apartment Investment and Management Company (AIV) CEO Terry Considine on Q2 2020 Results - Earnings ...
How the Pennant Pattern Works
Can We Just Get Back To... Fundamentals?
Weekly High Frequency Indicators: Continued Improvement In All Time Frames - For Now
Guidewire Software, Inc.'s (GWRE) CEO Mike Rosenbaum on Q1 2021 Results - Earnings Call Transcript
Rent Control: The Dirtiest Words In Real Estate Investing
Exxon Mobil: Will Oil Be The Next Tobacco Or Coal Matters More Than The Dividend (NYSE:XOM)
Weekly High Frequency Indicators: Is An Out Of Control Pandemic Starting To Cause A Reversal?